Operation Amazônia Nativa (OPAN), with its almost five decades working in the field of Indigenismo, has contributed in a relevant way to the promotion and guarantee of indigenous rights in Brazil. In the midst of many local and global changes, it’s actions and strategies have been geared toward supporting the demarcation and protection of traditional lands since the 1960s and, more recently, facilitating the implementation of the National Policy on the Environmental and Territorial Management of Indigenous Lands (PNGATI) in the states of Mato Grosso and Amazonas.

Considered priority areas for the conservation of sociobiodiversity, indigenous lands in Brazil have become islands of resilience exposed to the negative effects of land use in the surrounding territory, which are based on the generation of energy through a wide variety of hydroelectric ventures and agribusiness. Nonetheless, this is being resisted by cultures who seek to conserve biodiversity not just as a strategy for survival, but also to ensure the quality of life of future generations: an approach that diverges significantly from the commodification of nature.

Our work also extends to the realm of political action, as we act as representatives of civil society at committees, forums, and councils, monitor the development of government infrastructure projects and their effects on protected lands, and participate in relevant discussions about climate change at the regional level, which has led to, for example, an update of the Manoki people’s seasonal calendar. By monitoring indigenous lands through both land and water-based expeditions, we also help produce in loco data on changes to the landscape, natural resources and climate that are affecting indigenous lands.

Thus we understand that, through our institutional strategy of advocating for the protection and management of indigenous lands, these spaces articulate both human and non-human dimensions, contributing to the conservation of ecosystems and the protection of correlating sacred sites. Each indigenous group determines their management models and makes their analysis and interpretation regarding changes observed in the world. 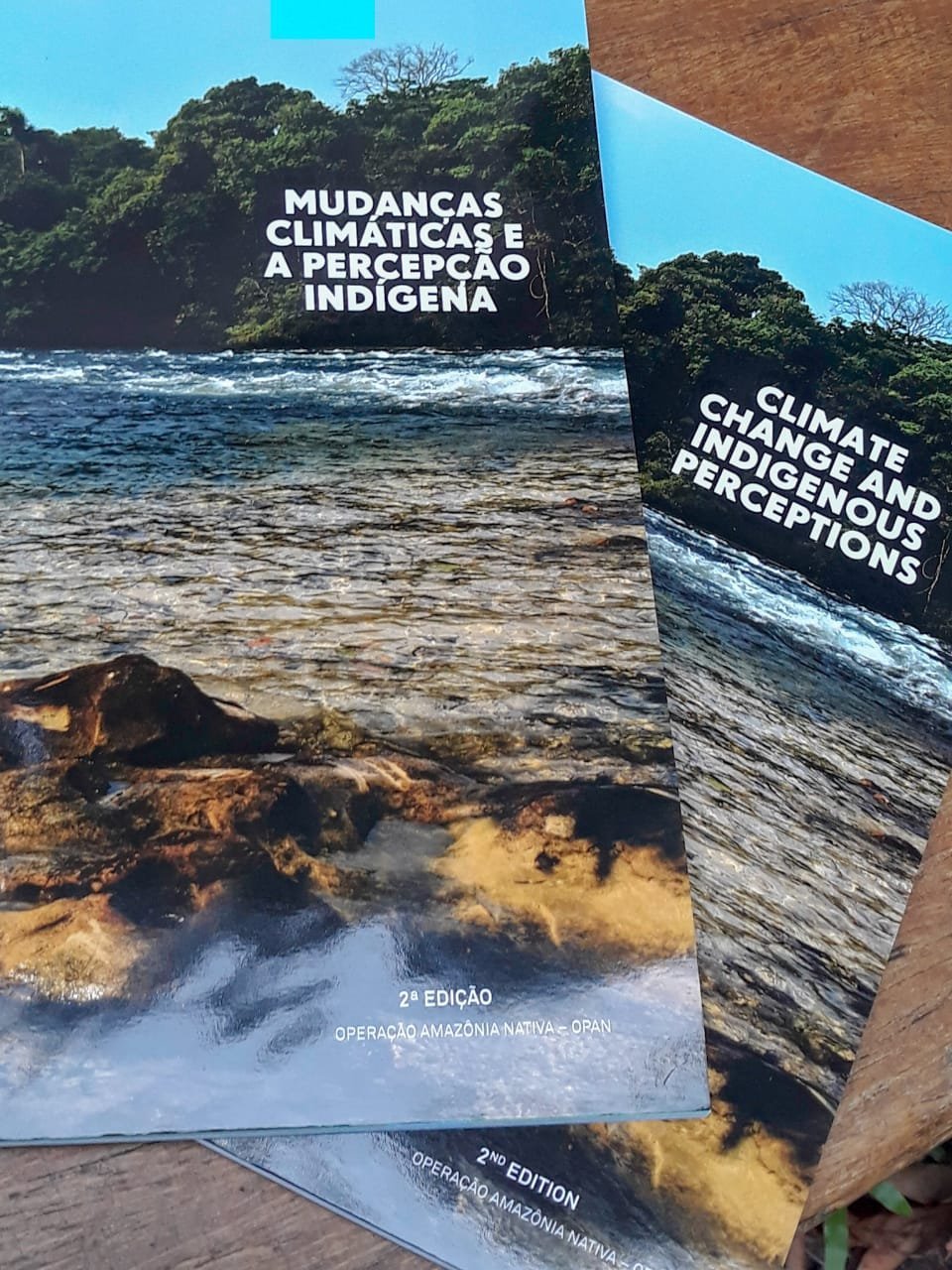 It’s for this reason that the book Climate Changes and the Indigenous Perspective came to be. Moreover, in this second edition, two more texts by members of the indigenous community and a reflection on climate monitoring instruments have been included, and the book continues to serve as a record of different indigenous perspectives on their lands, their way of life and the climate. Without any pretense of mapping out climate changes throughout the vast universe of indigenous peoples, this publication brings together perceptions of what has been changing in the daily lives of indigenous people and how to face these challenges from a holistic point of view that aligns with the appeals made by indigenous people at international forums, such as the United Nations (UN).

In the text published herein, the indigenous voices don’t talk much about the more or less bold commitments made by national governments regarding emissions goals. They don’t offer their opinion on the two, three, or four-degree rise in the average temperature across the planet. They don’t talk about carbon credits or clean development mechanisms, nor do they use any of the climate jargon common to the international negotiation table that often appears in the news without expressing anything concrete. They, for their part, show how rapidly their lives have changed due to the influence of non-indigenous peoples, how the animals, plants, and rivers have responded to all the pressure, and what kind of solutions would amount to more than just another stack of papers that will only get in the way of more significant impacts.

For significant changes to occur—big like the challenge of reverting deviations in the world climate—the indigenous peoples in this book look further. And what they see is that it is the development model chosen by countries that needs to change. Solutions must be real and not palliative. Any decision must be preceded by respect for human and land rights and popular participation. Traditional knowledge must be recognized, along with its role in drafting solutions for mitigation of changes to the climate and communities’ adaptation to these changes, with access to financial and educational mechanisms. Engaging in dialogue with indigenous peoples is vital to seeing other perspectives and considering other values. Any proposal that does not include these elements is nothing more than mere diplomacy.